Hey there. Welcome to my page. I am a full time SEO Web Designer and Software Developer traveling across Europe. I specialize in Mass Page SEO strategies for driving traffic and eyeballs to my own and my clients' websites.

Contrary to most web designers who try to stick you with a Wordpress website, I avoid it if a CMS is not stricktly necessary. Wordpress is probably the most insecure CMS on the web right now and unless you are a blogger there is no need to use Wordpress at all.  Wordpress is truly a hackers haven. I specialize in php and html instead. 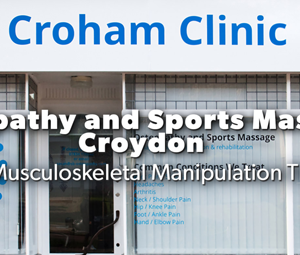 SB Osteopathy had a WordPress website that was getting hacked all the time. We had tried a number of different security plug-ins but the site kept getting hacked regardless. I suggested we convert the site to straight-up html and move the site to my private servers. Ever since then there has been no more hacking.

END_OF_DOCUMENT_TOKEN_TO_BE_REPLACED 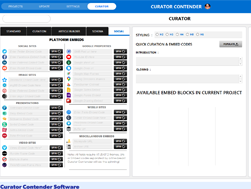 I design inhouse softwares which I sometimes bring out to market at a commercial level. One such software is Curator Contender. The software is designed to create natural looking page templates for backlink automation tools.

END_OF_DOCUMENT_TOKEN_TO_BE_REPLACED 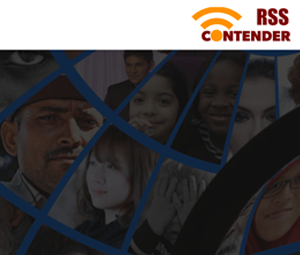 RSS Contender was built to manage and post to unlimited Web2.0 and social accounts and profiles and keep them updated with quality content. Our software uses HI (Human Intelligence) as opposed to AI for posting. Keep all your Wordpress site updated without constant logins.

END_OF_DOCUMENT_TOKEN_TO_BE_REPLACED

There's a good possibility that if you engage in web marketing, you'll collect a ton of keywords for your content marketing efforts. Great. However, the difficulty arises when it comes time to purge that keyword list. Duplicates, geo-targets, and negative keywords must all be eliminated. (leadgen) The reality is that not all keywords are worthwhile for your project or profitable. Keyword Scrubber helps you clean that list fast!

END_OF_DOCUMENT_TOKEN_TO_BE_REPLACED

The QSchema Tools software is a free piece of software, to make certain tasks faster when I'm working. You can download it for free from ny website.

END_OF_DOCUMENT_TOKEN_TO_BE_REPLACED

For a brief stint I worked as an electrical at EmaTech in the Netherlands. Ematech was part of NedTrain, the Nederlandse Spoorwegen.

I did network setups, computer repairs, virus removal and other server and desktop related jobs for different companies throughout London. As you can imagine traveling to clients with public transport in London was no fun.

Pegasus was an inbound call center for hotel booking reservations. I only stayed there for about 18 months until I found a more 'techie' job. It was a fun experience though.

FileMaker is an Apple database program used by millions of businesses all around the world. My job was to troubleshoot problems with the program and help clients get up and running with the software. This is where I learned to code. This was possibly one of the most enjoyable jobs I've ever held.

Around mid 2008 I was wooed away by Sohnar, with a bigger pycheck and a much shorter commute to the office. Sohnar was in the business of both selling and marketing agency management software for use in the creative, advertising, digital, and marketing industries all over the world. Sohnar was a British firm that had its headquarters in London and also maintained international offices in New York and Sydney. Later, in March of 2014, Deltek completed the acquisition of Sohnar.

Jan 2010 I started my current career as a website designer and internet marketer. As a brand new company with very few contacts, and no clue what internet marketing entailed, I was forced to take a part-time job as a cleaner at a local high school. I cleaned for 2 hours and 45 minutes every day and spend another 14 hours a day learning and catching up with 'The Internet'.

Intro about your skills goes here. Keep the list lean and only show your primary skillset. You can always provide a link to your Linkedin or Coderwall profile so people can get more info there.

Web Design Croydon created me a brilliant website. They offered a friendly, efficient and professional service. Nothing was too much trouble. I would highly recommend.

END_OF_DOCUMENT_TOKEN_TO_BE_REPLACED

I had Carl do a site build for me in the last month. Top stuff! The guy knows what he is doing. And his company Web Design Croydon is by far the best company I've ever used for web design. I've done 4 or 5 site designs for my businesses over the years and Carl's work is 20x better than others have done for me in the past. Thanks and your 5 star review is well deserved mate!!!